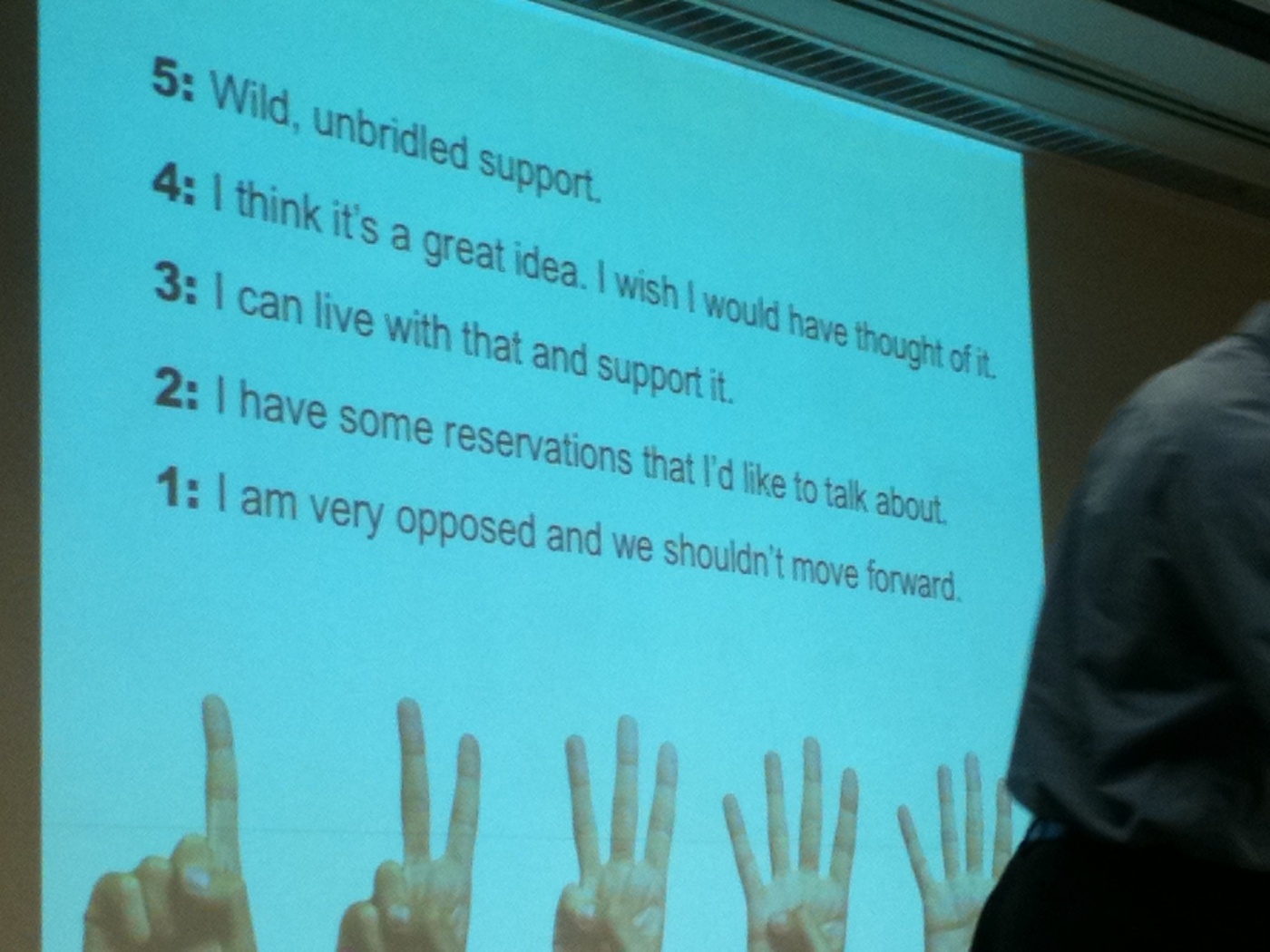 Fist to Five is quality voting. It has the elements of consensus built in and can
prepare groups to transition into consensus if they wish. Most people are accustomed to the
simplicity of “yes” and “no” voting rather than the complex and more community-oriented
consensus method of decision making.  This moves a group away from quantity voting to quality voting, which is considerably more informative. Fist to Five can also be used during consensus decision making as a way to check the “sense of the group,” or to check the quality of the consensus.First, a member of the group presents the details of the proposal. This individual will then answer “clarifying questions” until all such questions have been asked and answered.  If appropriate and helpful, the group may then open the floor for discussion or break into small
groups for discussion. (If small groups are used, when the large group is reconvened, time should be allowed for any clarifying questions or comments members would like to include before voting.)The Initial Vote
Once the proposal presentation is completed, the facilitator will direct each team member to vote by holding up 0 – 5 fingers.

If there is not a full consensus, ask the individuals that voted differently than the majority to state their concerns to the entire group including what it would take to get them to vote with the majority. After each individual has shared, the floor will be opened for clarifying questions, comments,  and discussion. The facilitator may choose to set time limits.

Once each minority voters has stated their case, another Fist-to-Five vote is held for the final version of the proposal.